Command and Control, which premiered at the Tribeca 2016 Film Festival, is a high-stakes documentary thriller from Robert Kenner, director of the Emmy-award-winning film Food, Inc, which was based on Eric Schlosser’s best-selling book Fast Food Nation.  The docu-drama duo has teamed up again to bring us Command and Control, based on Schlosser’s critically-acclaimed book of the same name. (The book was a finalist for the 2014 Pulitzer Prize for History.) In this film, Schlosser and Kenner explore the deadly “human error” that led to an accident at the Titan II missile complex in Damascus, Arkansas in 1980. 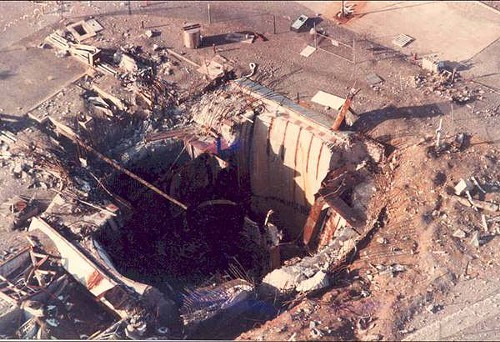 The chilling new documentary details the unlikely chain of events that caused the accident and the feverish efforts to prevent the explosion of a ballistic missile carrying the most powerful nuclear warhead ever built by the United States. Command and Control exposes the terrifying truth about the management of America’s nuclear arsenal, demonstrates what can happen when the weapons built to protect us threaten to destroy us, and probes how mutually assured destruction might actually mean self-annihilation.

One might wonder if, in today’s post-Cold-War era of disarmament and new advanced-technology drone warfare, this story is still relevant. If it feels like old news, consider: The United States has about 4,700 nuclear weapons in its current arsenal – enough to completely obliterate this country more than 20 times over. And once a nuclear weapon is fully assembled, its safety is never absolute.

Harold Brown was Secretary of Defense when the Damascus accident occurred, and he only recently revealed to Command and Control filmmakers, “Accidents were not unusual in the defense department. There must have been several every day.”  As stated in this documentary: “Nuclear weapons are machines, and every machine ever invented eventually goes wrong.”

The filmmaker warns, “Every one of them is an accident waiting to happen, a potential act of mass murder. They are out there waiting, soulless and mechanical, sustained by our denial – and they work.”

More Than a Synopsis:

It’s a spy-movie thriller that pivots on a horror-movie trick.

There is a special category of films at Tribeca 2016 that I called “You Think You Know But You Don’t.” Command and Control is a perfect example of that category. Even when you already know how it ends, and even though you just now read the synopsis, and even if you have some experience with this topic, this film still warrants your participation as audience – to sit for 92 minutes and watch and listen to how this story unfolds as told by these two immensely talented men, Screenwriter/Director Robert Kenner and Screenwriter Eric Schlosser.

You have to hear the tremble in the voice of the guy (not a portrayal – the actual man) who is still alive but was only 21 years old when the socket dropped from his wrench as he did routine maintenance on the Titan II missile and almost blew up our country – his country.  On top of that missile sat a warhead three times more powerful than all the bombs dropped in World War II, including both atomic bombs. You have to hear David Powell himself explain how he was just a kid – “a proud hillbilly from rural Kentucky,” whose first thought as he reached for the falling socket but couldn’t catch it, was that he “didn’t want to get in trouble” and have to tell his mother.

You have to see his work partner, who was only 18 years old at the time, explain how he “had no fear” and was excited “to play with the missile fuel” in the most powerful weapon that had ever existed – “a monster ready to go off,” and that his training included “preparation to destroy an entire civilization – without hesitation,” and he was “willing to do it” (determent only works if you’re actually willing to drop the bomb), but he had never considered that our own warhead might detonate on our own continent.

You have to hear the aching tone in the voice of this man who tells how he “was ready to take on the world” when he joined the PTS team, but on that fateful day, he stood helpless next to his co-worker as they watched that socket fall 70 feet down the length of the missile and bounce off the platform and puncture a hole in the fuel tank skin, and how they didn’t fully report what had happened – what was happening(highly explosive rocket-fuel pouring out of the missile), because they didn’t want their commander “to freak out.” When they finally admitted the truth, more than 30 minutes later, the situation was out of control. By comparison: Once launched, the missile could reach a target over half a world away in less than 30 minutes.

You have to endure the excruciating, minute-by-minute details of what happened next and then next and then unfathomably next, until a few hours later the missile completely exploded, destroying its underground silo and blowing the nine-megaton warhead … to literally God-only-knew where. (Note: one megaton = one million tons of TNT.)  “We escaped the cold war without a nuclear holocaust by some combination of skill, luck, and divine intervention, and I suspect the latter in greatest proportion,” said General George Lee Butler of the U.S. Strategic Air Command.

You have to be present to comprehend all the little revelations that cannot be captured in a synopsis but that slowly expose themselves and stack precariously, one on top of the other. These are the moments that you will take to bed with you and that you will tell your friend the next day. One revelation that strikes in this film (as well as in another important, Helen Highly Recommended documentary at Tribeca 2016, National Bird, which is about the U.S. drone program) is this brazen reality:

America routinely puts its most powerful weapons and its most dangerous decisions in the hands of virtual children who are patently ill-equipped for the responsibility.

Command and Control is a must-watch film because you must experience the juxtaposition of vigilant precision-on-a-minuscule-scale against the gargantuan-danger and gross-miscalculation that created this event. You have to see the way these men actually light a match and burn the little slip of paper on which is written the daily code that opens the 740-ton door into the missile silo – the spy-movie level of secrecy to safeguard against enemy intrusion, and then come to realize that despite all these preventative measures, it is a horror-movie trick that gets them in the end: Don’t lock the door! The Killer is Inside the House! The danger is not our enemy; the danger is us. 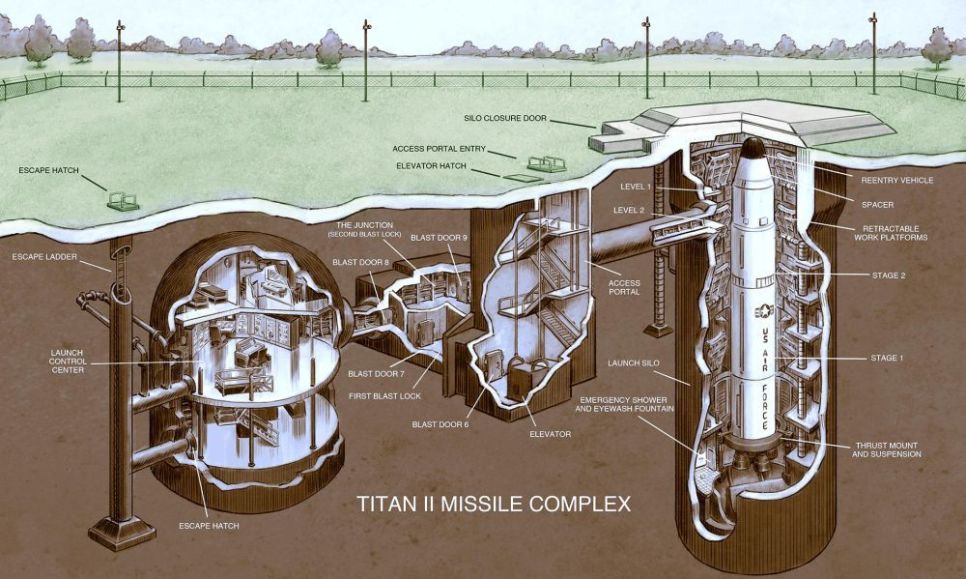 These are the things that make Command and Control a captivating movie and are the reason you should watch it. And despite all the “spoilers” I have written, they barely make a dent in the mass of shock and awe contained in this film. This is truly a movie – not just a news story for the history channel. Although, PBS American Experience already owns it, so… that’s good and bad. But it’s mostly good because that means more people will see it, and this is something you definitely should see. Nonetheless, my point is that this film could sustain – visually, intellectually, emotionally, it could sustain the size and expectations that come with a large screen in a movie theater. Despite being an astounding documentary, this film is also a dramatic thriller.

∗ One of the interviews included in this movie answers this question about the country’s current nuclear arsenal, ominously: Harold Brown, previous Secretary of Defense reports, “the degree of oversight and attention has, if anything, gotten worse.” Separately, on November 14, 2014, the negligence was acknowledged when Secretary of Defense Chuck Hagel spoke at a Pentagon news conference: “We just have kind of taken our eye off the ball here,” Hagel said.

Watch It: As of 2019, the film is available on Amazon and Netflix and it appears that PBS American Experience is allowing free downloads: click here. (See movie trailer below.)

Watching the Command and Control documentary ignited a private memory of my own — something that connected me personally to that tragic story, and after going home and doing a little Googling, a series of nuclear bombs exploded in my childhood. So, I’ve researched and written my own spin-off essay (or, Command and Control Commentary — Part 2) that could almost be its own documentary. Here’s the intro:

I was “a space-age baby.” That’s what my mother wrote in my baby album. I grew up being told the story of when we were in the hospital after she gave birth to me: There was this amazing few minutes when all the infants were left alone, even if they were crying, and all the nurses and mothers (along with millions of other Americans) turned to the TV to watch The First American be Launched into Space. It was a spectacular, patriotic event, and my father helped to make it possible. Click here to read more.