Take Me and Hounds of Love:
Blondes-Bound-in-Basement Movies

by Helen Kaplow, writing as HelenHighly 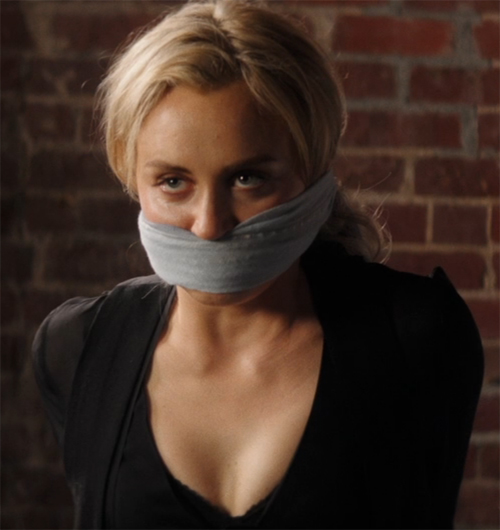 Blonde Bound in Basement, in Take Me

There are two films I’ve seen so far at TribecaFilm Festival 2017 that have very significant similarities – they both center around a pretty blonde woman getting kidnapped, tied up, stuffed into someone’s basement, and abused. Both are also directorial debuts, btw. One is called Hounds of Love, an Australian drama written and directed by Ben Young. The other is called Take Me, an American film written by Mike Makowsky and directed by Pat Healy (who also plays the leading role). That movie lets the audience figure out if it is a crime thriller or a slapstick farce.

Sorry, but I walked out on Hounds of Love after the first scene (blonde bound in basement), thinking I could just as easily go home and watch an episode of Law & Order SVU (which I loathe). It started with some nubile young women playing tennis at an outdoor tennis court, with a couple parked in a car nearby lasciviously watching, while creepy music played.  Couple offers naive girl a ride home on such a hot day, which she hesitantly accepts, and cut to terrified and brutalized blonde bound in basement.  That’s where I cut out. Okay, so that’s a totally biased non-review based on only one scene. But… go watch it at your peril.  Variety insists that “brave audiences will be rewarded,” although I also see the word “harrowing” in the first paragraph, along with “serial killer.” Apologies again, but I cannot even bear to read the full review. 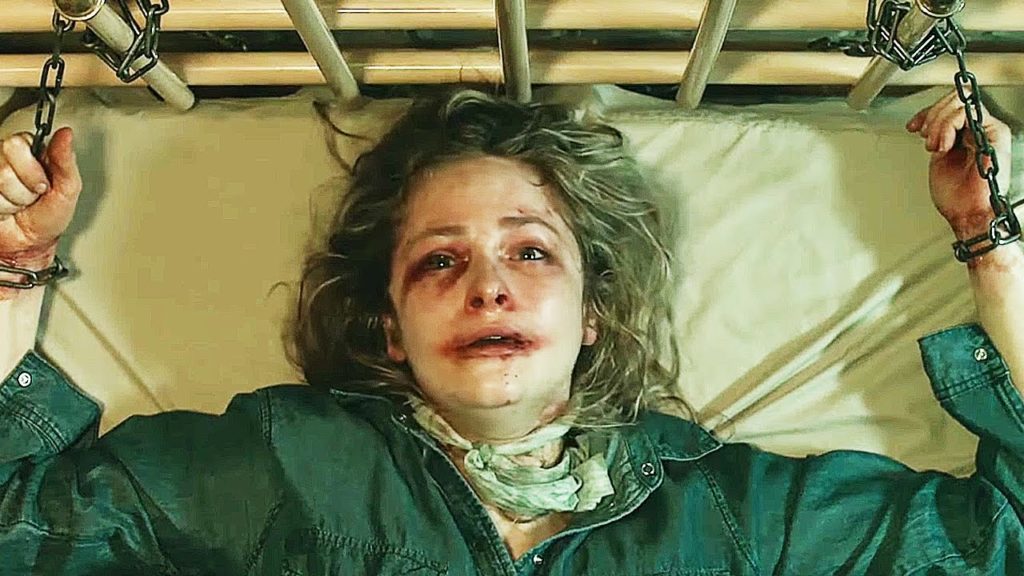 From Hounds of Love: She looked better in her tennis outfit.

But I will write a review of the other blonde-bound-in-basement film, Take Me. I will start by saying that I’ve always hated stories (usually comedies) that are based entirely on one simple misunderstanding or single sentence that goes unsaid. All the ensuing anguish and supposed hilarity is based on someone not saying or doing the obvious thing at the obvious time. Usually this takes the form of overstretched “irony” – when the audience knows something that the characters don’t. And then we must wait and watch as they stumble around and figure out what they really should have known from the start. 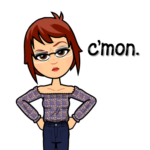 Well, Take Me manages to do the same annoying thing, but with suspense instead of irony – leaving the audience waiting to find out something that, in the end, we realize was something that never would have happened, even in the “comical” world that the movie is presenting. Helen Highly objects to this type of cheap trick. If you’re going to withhold information in order to create suspense, then it should be something of substance, or at least something that makes sense.

And SPOLIER ALERT: There is no such thing as a spoiler alert when the story is already rotten. But still, I will not tell how the movie ends. I will only tell where it falls apart (which is pretty much at the start).

So, I’m going to say the magic words that would have made this story impossible, and as a result rendered this awkward and distasteful tale completely impotent. We know everything we need to know from the first scene, and if the writer/director would have used the least amount of common sense in allowing that scene (and its related ones) to play out as they reasonably would have, these two words would have spared us all from a frustrating and grossly unpleasant 84 minutes. Are you ready?

Here are the unspoken and unwritten words: Notarized Signature.

The first scene takes place in a bank, where Ray Moody (Pat Healy) is trying to get a business loan for his “wacky” (hideous) business of abduction-for-hire. Yes, he kidnaps people upon their request for therapy and/or amusement – whatever the customer wants. For example, we later see Ray brutally kidnap a fat guy, tie him up and berate him as Ray force feeds the willing abductee twelve giant sloppy cheeseburgers. This is a “therapy” scenario where, in theory, the horror and disgust of the experience will scare the fat guy thin and make him never want to eat a juicy cheeseburger again.

But back to the very first scene – the bank scene. The very reasonable and not-at-all slapstick loan officer conducts a logical interview with Ray Moody, including asking about a lawsuit against him in another state in which there was some terrible misunderstanding between Ray and one of his kidnapped clients. Ray assures her that his business practices are now entirely professional, fully legal,  and carefully regulated, and that would never happen again.

Cut to his new client who wants Ray to break protocol and kidnap and then physically hurt her – just for fun, we guess. She wants to be slapped. (Aaaah, I guess that then qualifies this movie as slapstick comedy?) Ray objects, because that could be misconstrued as illegal. He insists, with a false sense of integrity, that he does not do physical harm (only psychological torture). But she entices him by offering him lots of money, which we know he needs because he did not get the bank loan. Thus, Ray reluctantly agrees to kidnap and hold this woman for nine times longer than his normal limit (3 days vs 8 hrs) and to hurt her physically (very dangerous territory). One would assume — having just watched that bank scene — that Ray would prepare with not only due-diligence but extreme-diligence in vetting this client, protecting himself, and keeping everything lawsuit-free.

And yet…. the big point of suspense that drives this entire movie is whether or not this woman (Taylor Schilling) truly wanted to be kidnapped and slapped around or if she and Ray have been tricked, which would make her a true victim and him a true criminal. Is she brilliantly playing her designated part when she begs for mercy and insists that she never invited this incident? Or is she sincere when she pleads with Ray to investigate the supposed client, which she swears is not her? Ray calls her phone number, but it’s been disconnected. Uh-oh. Ray shows her the contract that she signed and faxed to him. She responds by writing out her true signature, which looks nothing like the signature on the contract. Oops! Has Ray been punked? Or is she a mastermind wanna-be victim? 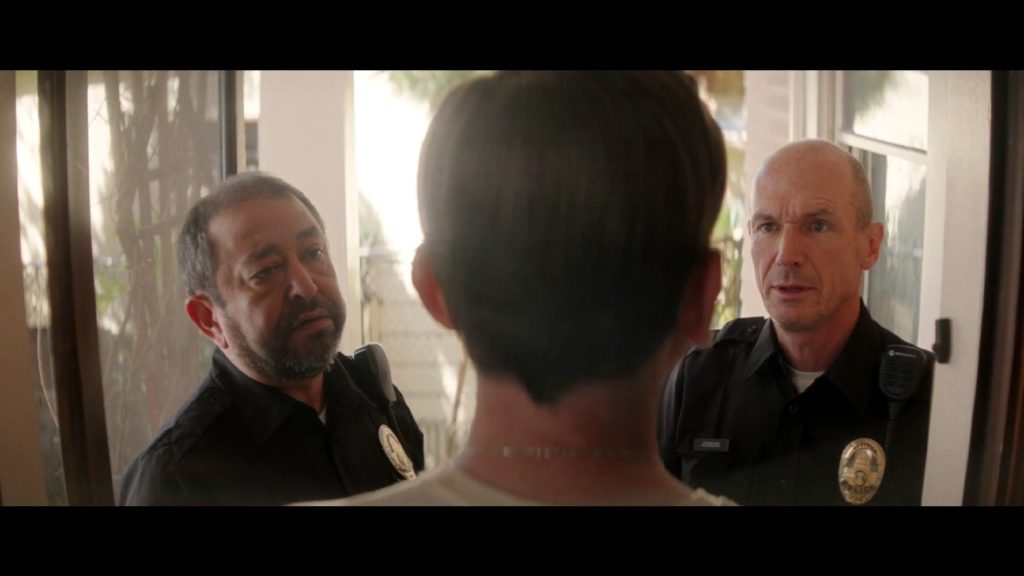 Take Me: Is he an idiot or an idiot?

Well… honestly, this film was so unfunny and uninteresting that I couldn’t care less. But still… how could I not think to myself that this whole quandary would never have existed if Ray had only asked for a notarized signature on his contract?  Then he’d know for sure who was hiring him. And, after all, his practices had been challenged before, and he had learned his lesson and assured the bank’s loan officer that now he took every precaution — every precaution except the most obvious and simple one, apparently. Sigh. 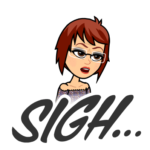 Ray is hapless but not stupid. (We know he is hapless because he wears a bad wig with no embarrassment. Just one example of how painfully not funny this movie is.) But he clearly is educated and comes from a good family with a lovely suburban house. He puts an awful lot of effort and apparent expertise into executing his kidnappings (and has even done psychological research), as well as advertising them on his own self-designed website, and in his attempted funding of his business, which included an oddly practical and professional presentation at the bank.

Why wouldn’t he put the bare minimum of effort into the “paperwork” of this especially risky and lucrative project? It’s the internet age. He doesn’t do a background check on his kidnapping client? But forget that; why wouldn’t he at least get an assurance of a legitimate si 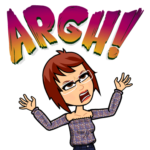 gnature from his client on the contract that would be the one thing that defines him as a businessman and not a violent criminal? The supposed “comedy” of this movie is that he is actually a businessman who only seems like a criminal. And no, that’s not a spoiler; that’s the premise. So… he should do business like a businessman! Get a friggin authorized signature on your contract for your authorized kidnapping!

Here is my point: Ray would know to get a notarized signature. He definitely would know that. I can only assume that it’s the young and inexperienced writer of this movie, Mike Makowsky, who does not know about such things, and he lets his ignorance be the vehicle for driving this movie. Not good.

I could easily object to the offensive nature of the subject matter of this movie. But I’m not even gonna go there, because first it needs to be a movie, and it’s not. Helen Highly takes offense at the faulty execution of a self-proclaimed thriller that does not understand how suspense should operate.

But, if you doubt me… you go ahead and watch this movie to find out i 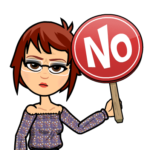 f this blonde chick really wanted to be tortured or if someone else wanted to have her tortured. The press release asks the audience to wonder: Is this a crime thriller or a slapstick comedy? Helen Highly declares it is neither; it is just a waste of time (and a poor excuse for having a beautiful blonde bound in the basement).